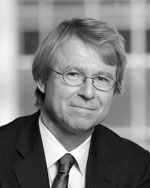 As Head of the Investment Strategy & Economics and Chief Economist for AMP Capital, Shane Oliver is responsible for providing economic forecasts and analysis of key variables and issues affecting, or likely to affect, all asset markets.

Shane is a regular media commentator on major economic and investment market issues. He has extensive experience analysing the relative return outlook between the key asset classes and their relationship to the investment cycle. Shane was appointed Chief Economist in December 1994 and Head of Investment Strategy & Chief Economist in January 2001. Shane completed his doctorate investigating speculative behaviour within investment markets and the validity of the Efficient Market Hypothesis.

The threat of global deflation